The race for the presidency isn't the only election in which Democrats cheated. Some of this cheating was documented by CNN itself, albeit unintentionally. For example, during the Governor's race in Kentucky, 560 votes were flipped from Republican challenger Matt Bevin to the incumbent Democrat Andy Beshear. You had to be quick to see it, and to be sure you saw it, you'd need to capture a still frame from the video at the crucial split second. But the cheating is there to see, if you have the quickness to see it.

CNN had been presenting vote totals from both candidates in two places: in a gold colored pop-up box in the center of the screen and again in a ribbon along the bottom of the screen. The data in the gold colored popup box was a live feed from Clarity Elections. The data in the ribbon at the bottom was an echo of that data by CNN. There was a time delay of about one second before the CNN data could catch up with updates made in the live feed from Clarity Elections.

But in that small fraction of a second prior to the cut-away to Cooper, both the updated numbers from Clarity Elections and the pre-updated numbers shown by CNN were visible. When still frames from video captures from CNN were examined, it turned out that the Democrat candidate, Andy Beshear, had gained exactly 560 votes, and, at the same time, the Republican candidate, Matt Bevin, had lost exactly 560 votes; i.e., Bevin's total number of counted votes was reduced by that number.

I'll let you have one guess about where Beshear's latest votes came from.

But we do know that the fraud is happening, and that every instance of it that we know about has favored the Democrats.

In the presidential election, also, there has been a big problem with incorrect vote assignments by voting-casting machines. Nationwide, Dominion Voting Systems devices deleted 2.7 million votes for Donald Trump and switched an additional 435,000 votes from Trump to Biden. In Pennsylvania, 941,000 votes for Trump were deleted, and another 221,000 votes were switched from Trump to Biden.

The mainstream media is UNRELIABLE. I advise all Americans to tune it out and, instead, listen to alt-media sources that are far more honest. Listen to Styxhexenhammer666 (libertarian), Tim Pool (moderate leftist), Red Ice TV (right wing), and Dr. Steve Turley (Christian conservative). You'll be much better informed and much less lied to. 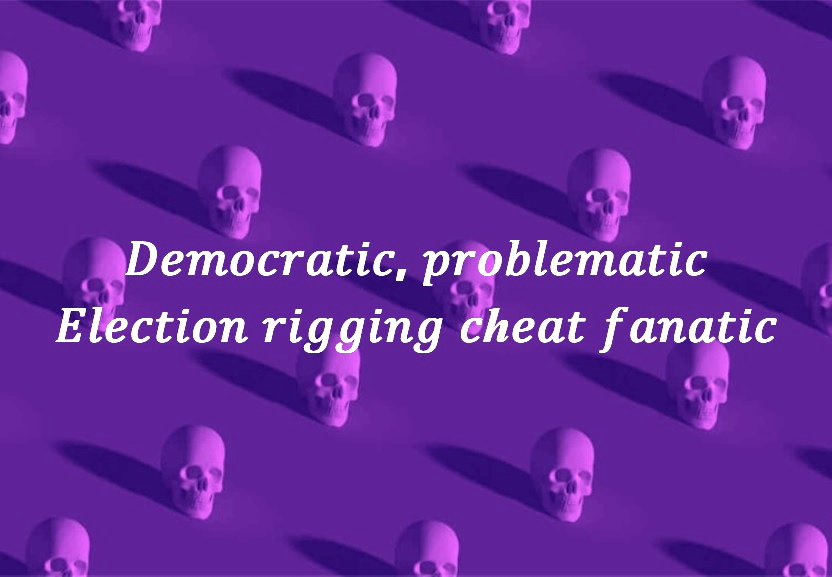